In Tama, Iowa, I stopped for lunch. There were two Mexican restaurants on the main street, and I chose one and went inside. It was deserted, but they were open. I ordered tacos with adobada, a spiced pork mixture. 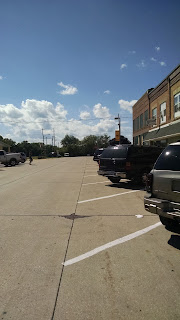 Curious about the local Mexican population, which I've been seeing more and more of the farther west I've gone, I asked the cook in Spanish if he was from Mexico. He shook his head.

I had to laugh, mostly at myself. It turned out that his mother owns the restaurant, and he was taking care of it while she traveled to Chicago. He was normally a cook in the city.

The tacos were $3 and amazing.

I was aiming for Prairie Rose State Park, but stayed on route 415 too long and decided to shack up for the night at Pammel State Park. That was a good choice; I arrived with plenty of daylight left, for once, and was able to chat with the host, build a fire, and set up camp before it got dark. 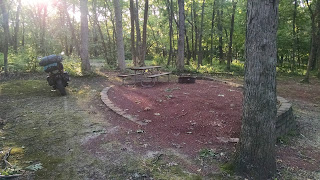 Larry, the host, said there wouldn't be rain that night, so I left the fly off my tent. He was right. The night was beautiful - clear, warm, quiet. I slept with nothing but bug netting between me and the outdoors. 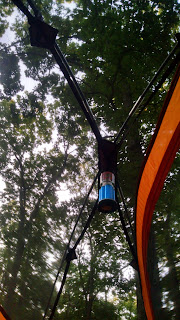 The next morning I did my usual packing routine, made slightly easier by not having to fold the rain fly, ate my oatmeal, and enjoyed the sunlight. 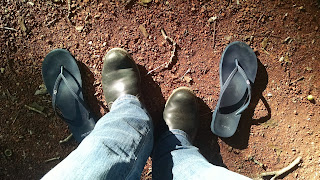 Then I delivered my unused firewood to the family two sites up, a pair of grandparents with three grandsons. I chatted for quite a while with the wife, who recommended Black's barbeque in Austin, TX and a ride through the Rocky Mountain National Park. Both went on my list of things to do. She also informed me that the tunnel I'd gone through to enter the park is the only highway tunnel in the state of Iowa. 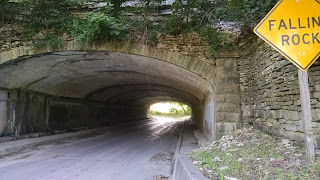 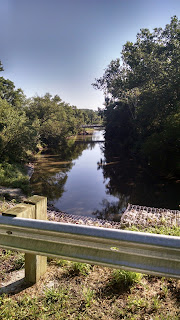