I discovered to my dismay upon leaving town that Hades is now eating oil at the rate of a quart per 100 miles. I can't afford to feed that habit, but rumor has it this may be an effect of the altitude, in which case it should stop soon. Until then, this is my newest addition to my now over-packed bike. 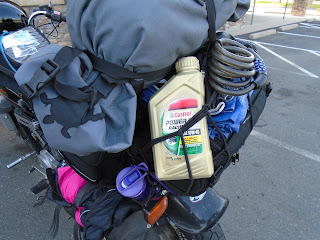 Route 285 took me through the mountain passes into South Park (yes, that one). Steve showed me his old atlas, in which he had written in 1979 along the line that indicated 285, "vistas wow." I set off to see the Vistas Wow and was appropriately impressed, enough that I figured out how to use the panoramic feature on my new camera.

The wind down here was also impressive, cold and steady and insistent. I leaned into it until I was riding at a funny angle to the road. By the time I found gas in South Park, I was chilled enough to get a cup of coffee and stand in the gift shop to drink it. I chatted with a woman from a biking family while I warmed up. The people in the shop recommended I see the South Park City museum, so I went.

The museum is a recreation of an old Western mining town, complete with a "mine," mining equipment, and a train. I took far too many pictures to post, so here are a few highlights. 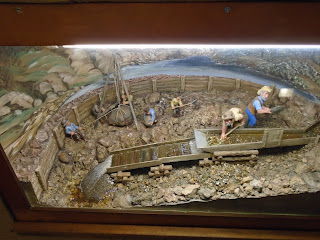 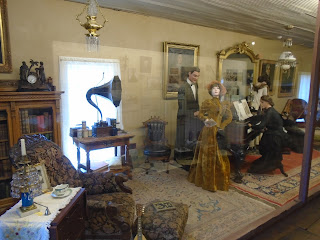 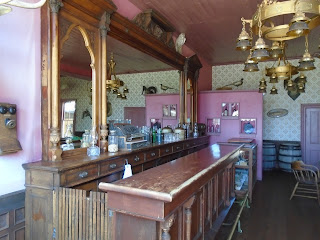 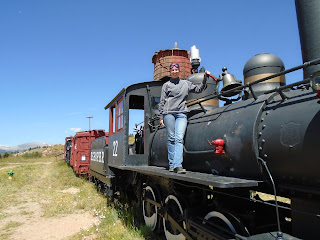 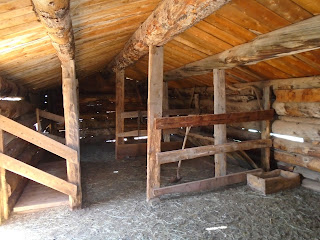 I don't think this guy is a genuine vintage artifact. 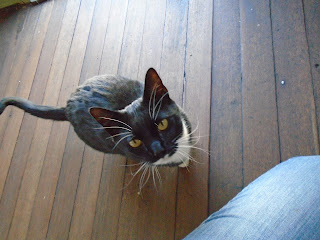 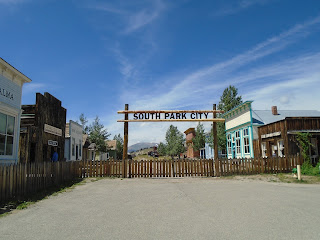 After the museum, I walked until I found a bar that advertised food, and happened to have a small group of bikers hanging around out front. They were old friends on a bar-hopping tour, and they were polite enough not to beat me up for riding something that's not new, polished, or Harley, although I did have to correct their assumption that a Suzuki meant I was riding a crotch rocket.

The bar provided an excellent buffalo burger and sweet potato fries, although it was lacking on the chatty company once the bikers went on their way. 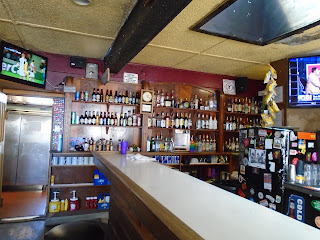 Headed south again, the land flattened out to a Nebraska-like surface, not counting the mountains lined up to my left. The road headed in an endless straight line that eventually melted into a mirage, giving me the impression I was driving down a boat ramp into a constantly receding lake.

When I saw a sign for Great Sand Dunes National Park, I knew I didn't have the time, but I turned anyway. How could I miss a National Park that was right there?
Posted by Skipper at 15:36