While I was in the Alpine Center, the clouds suddenly came rolling in. 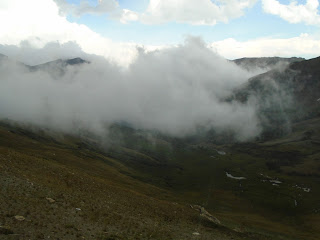 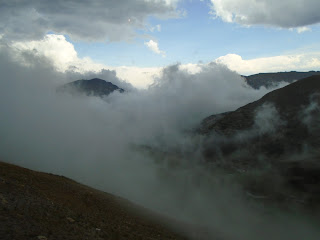 I took a few more pictures, then rolled out before I had to ride down in a blinding fog. On the way down, I stopped at the some of the pull-offs for more photos. 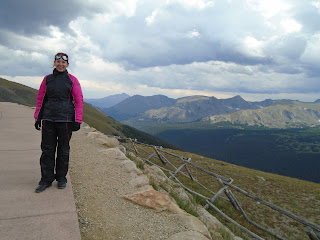 In Rainbow Curve, the cloud had come to the edge of the road/ 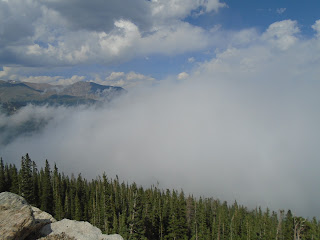 So had the chipmunks, and a bird that Ann identified later as a Grey Jay. 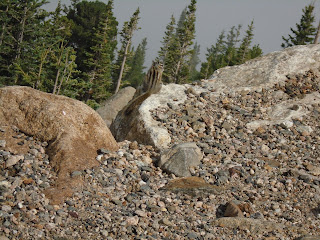 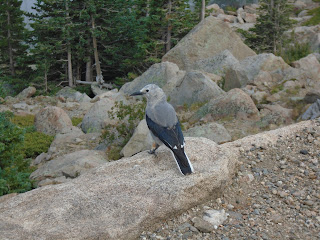 I've been told I came at the wrong time of year to see the larger wildlife I was hoping for, such as elk and sheep. At least I'm at a lower risk of hitting them while they're hanging out in the high peaks.

I couldn't resist a family photo moment before I left. This is obviously a classic for the ages, to be framed and put on someone's wall. 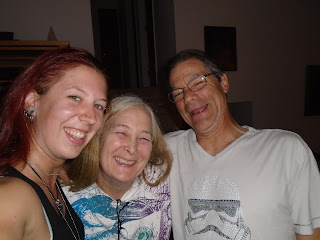