Sunday morning, I went looking for a place that could fix my phone, but they all said it would take several days to order the parts. Eventually I realized it would be not only easier but actually cheaper to order a new one and have it sent to a friend I'm visiting in Austin, so that's on the way.

Sunday night Ann took me to Red Rocks to see Alabama Shakes. Steve had told me that Red Rocks is a must-see, he was right. My first hint of awesome was the rainbow on the way in. 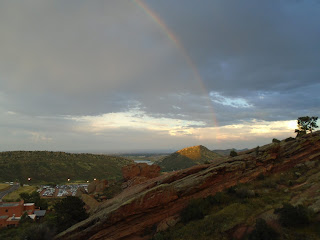 Climbing the stairs around the rock faces behind hundreds of other people, the views got more and more spectacular. 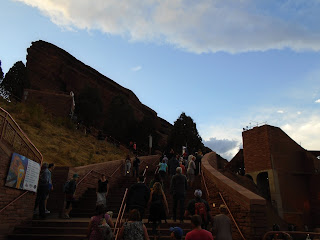 Eventually the top of the stairs presented me with my first view of the stage, and I understood the hype. 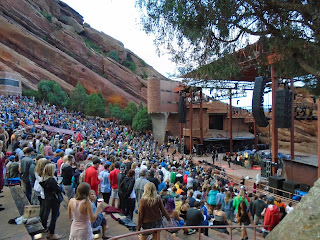 We stood for a while under a tree about halfway up. I found something really cool stashed in the tree, and when the girl in front of me said it wasn't hers, I figured it had a new home. Ann and I had a great time - see us below with our glasses of water. Ann was familiar with Alabama Shakes; they were a new experience for me, and one absolutely worth having. I'll be downloading some of their music when I get home. 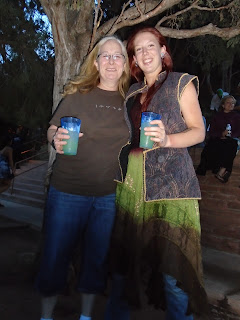 When dark falls, they put spotlights on the rocks that surround the audience. I had a hard time taking a good picture; this is the best I could get. 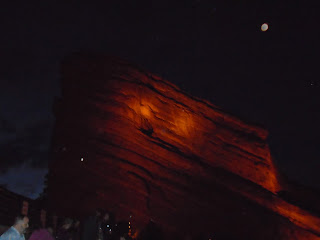