Austin and the Texas Rollergirls

Yesterday, Day 17, was the first day that I put 0 miles on the bike. It sat in Tami's garage while we took her car to Austin so that she could work a shift at the rowing club. She introduced me to some rowing friends, one of whom is also a retired derby player. Then I followed her directions to a lovely walk down footpaths by the river, and then into the city. 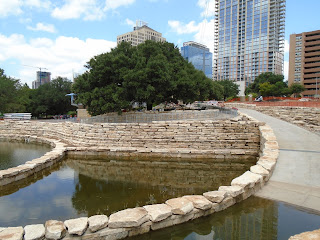 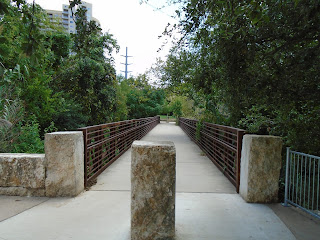 I wandered through the yard of the Mexican American Cultural Center on the Tejanos Trail, to the footbridge that accompanies I35, and then up Rainey Street. 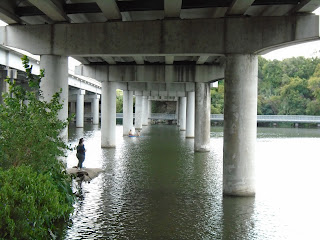 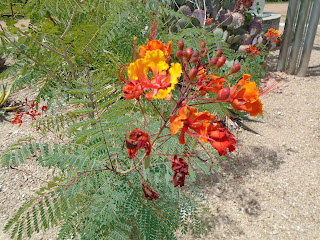 I crossed a few blocks, my sunglasses sliding down my nose, looking for a place to get some water and air conditioning. I was considering just going back to the club when I found Max's Wine Dive. 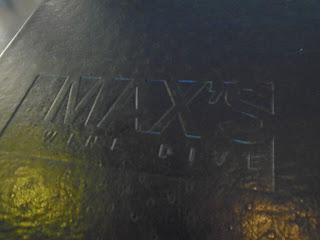 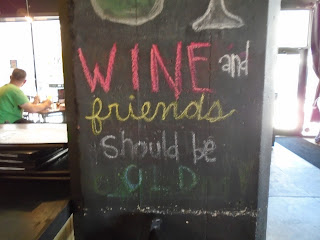 Two pints of water and a grapefruit mimosa picked me up. Then I had some peach melba french toast, because every day needs second breakfast, and talked about traveling and roller derby with the bartender and the bus guy. Then I got another order of peach melba toast and brought it back to Tami at the boat house.

When her shift was over, we walked over to the convention center to buy tickets for the Texas Rollergirls' home season champs games that night. We were a little early, so we spent twenty minutes wandering around the enormous convention center. 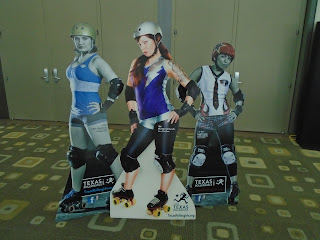 We got tickets and seats in the VIP side of the room, which was closer to the track, not having the team benches and penalty boxes in front of it. After I had a giant slice of pizza and a concession-stand margarita, the games began.

When I'm away from something, I tend to forget how much I like it. Out of sight, out of mind. I've been content with motorcycling and traveling, taking photos and not missing home too much since I've been gone. But throwing myself back into the world of derby, I got all fired up about it again, yelling at the game and wishing I had a pair of skates.

It was a double header, the first game between the Hotrod Honeys and the Honky-Tonk Heartbreakers. That one was a blowout, with the Honeys destroying the Heartbreakers by several hundred points, but it gave me an opportunity to explain derby to Tami, who had never seen it before. TXRG packed the house; this is less than half the people in attendance. Some day I will see my beloved Furies attract a crowd like this. 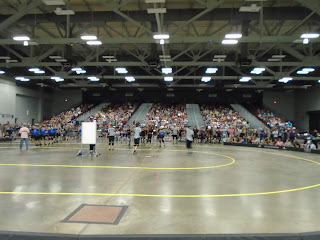 The second game, between the Hustlers and the Hell Marys, started off as a nail-biter. With two lead changes in the first twenty minutes, I looked at Tami and said, "Now THIS is a derby game!" and she agreed that it was exciting. She described derby as "team wrestling, on wheels, with lot of subtle rules." By the end of the first half, the Hustlers had taken a significant lead, and fifteen minutes into the second period, they were starting to run away with it. Tami said she was tired, so we went on our way, after I'd cruised the merch table and acquired a TXRG shirt. And a requisite goofy photo, of course. 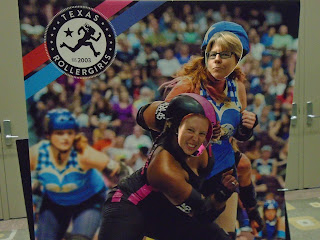 We walked by some bike racks that were turned creatively into city decorations. 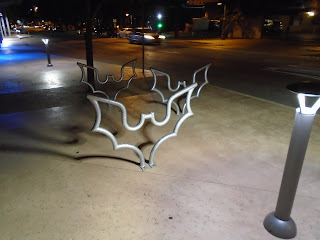 Tami drove us up the famous 6th Street and showed me the crowds and the bars, and then down Rainey Street so I could compare its night appearance to its day appearance. It was much more lively, and we made plans to return tonight and have dinner and drinks with her son Sam.
Posted by Skipper at 11:56