Tami and I set out for lunch on Sunday and were stopped in the middle of town by a passing train. We decided to use the time to get a slice of pie... 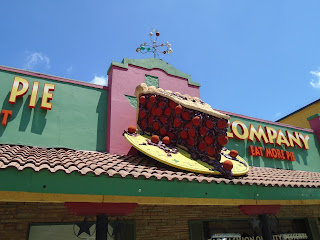 But unfortunately, they were closed. After a tour of the back roads to find our way around the end of the train, we had lunch at her favorite Thai restaurant, where we met up with her boyfriend Tony. Then the three of us headed toward San Antonio, making a spontaneous stop at the snake zoo on the way. 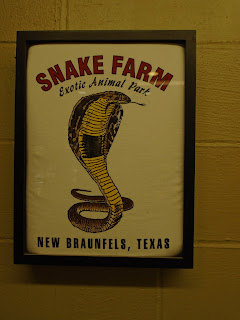 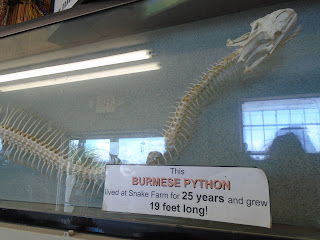 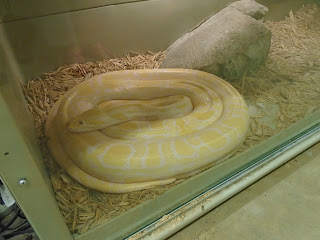 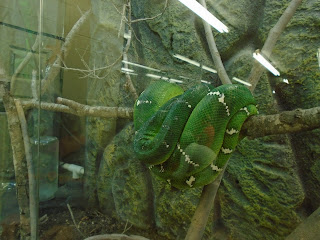 From there, we moved on to the Alamo museum. They don't allow photography in the building, so this all I have for pictures, but the museum was quite interesting. 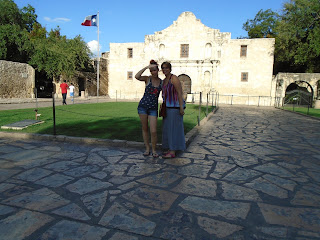 Then we crossed the street and wandered down the Riverwalk. Descending the stairs toward the river is a series of fountains and plantings that surround the footpath. I had stopped for the umpteenth time to take a photo when Tony pointed out that we weren't even at the Riverwalk yet. I was confused... 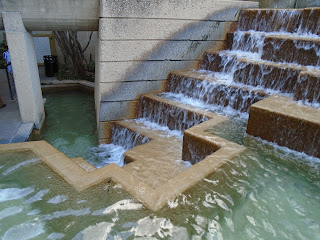 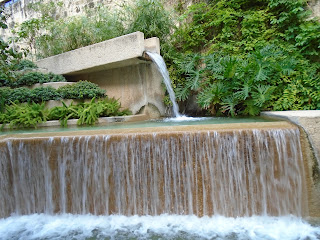 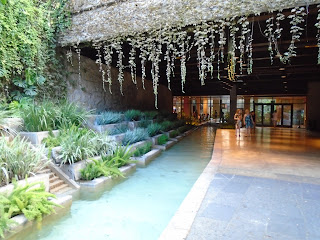 ...until we reached the Riverwalk. 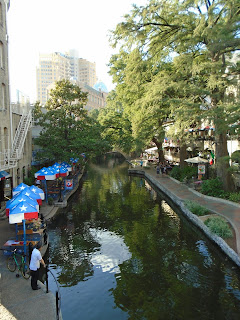 Tami and I shared a champagne margarita and admired the ducklings. 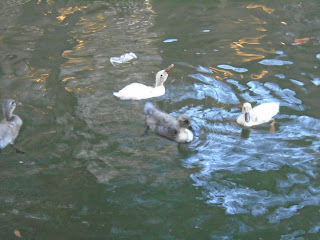 We ended the night at Dirty Dogs in San Marcos. We had finished our dinner and were considering the possibility that it was time to go home when a guy walked up and sat down beside me in the booth. He introduced himself as Beau, told me he had put the music on the juke box, and then got up again.

A moment later the music changed to one of my favorite songs, and I started singing along. Then it stopped. I shook a joking fist at whomever was messing with the juke box. A moment later it came back, then disappeared again. The bartender was attempting to fix the music and Beau was messing it up. Finally someone got it to play for real, and Beau appeared at my side again, grabbed my hands, and pulled me into the middle of the deserted restaurant to dance.

"I don't know how," I began, aiming to tell him that I didn't know what kind of dance he was going to do.

"That's why I lead," he told me, and I did my best to follow while still singing along. He grinned and said, "You know how to flip?"

"What?" I asked, and then I was upside-down. Somehow he managed to turn me all the way over without hitting my head on the floor, although in the video that Tami took it looks like that's what happened. When he learned it was my last night in Austin, he informed Tami that he'd be keeping me and she could go on her way.
Posted by Skipper at 15:34