Sunny Side Up (Entering Illinois)

I awoke in the Kankakee State Park campground to a heavy grey mist, and cooked breakfast on the ground since learning the hard way that my stove does this sometimes. 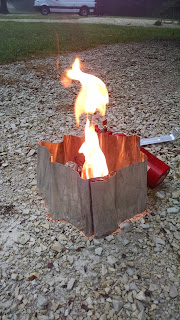 KSP campground could be renamed Spider campground. The trees were covered in webs, and my tent was encased in Daddy Long Legs. (Who is naming this?) 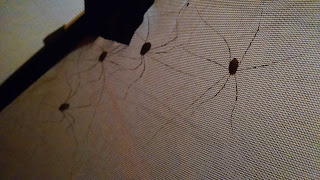 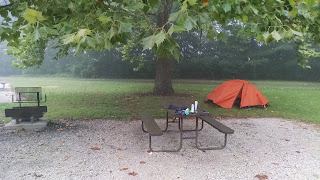 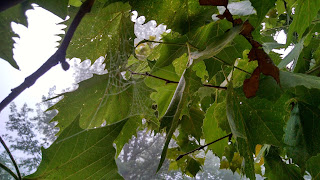 This is when I complained on Facebook that my clutch hand was hurting. These are the hands of a long-distance rider: swollen and dirty! Following 102 North out of Kankakee, I missed the "end of route" sign and drive through this little town three times trying to get oriented. At least their church is pretty. 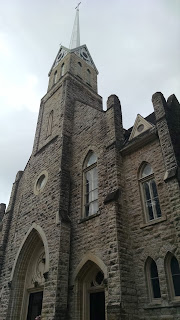 By this time, Indiana and the cloudy skies had sucked out a lot of my motivation, and I was preparing for a long, hard grind through three more states of nothing. I couldn't seem to find a single thing to do but drive on and on and on, and it wasn't fun.

But as a self-described "outdoors man" in a gas station told me, there are a lot of lessons to be learned on the road. And sometimes the road gives gifts.

I was gassing up somewhere in eastern Illinois near I55 when another biker pulled up to the other side of the pump. He looked about my age and was loaded with gear like me. I asked where he was going and we traded basic trip facts. He didn't seem inclined to talk, so I wished him well and went to put air in my tires. While I was attempting to fit the hose between the bike's front spokes, he sat down beside me and asked if this was my first long trip. Apparently it was his, too.

An hour later, we were finishing our coffees and I was writing down his address to send him a postcard. We hugged goodbye, then got on 6 west together. We rode in formation for about fifteen miles until traffic separated us in the next town. By this time, the sun had come out, and I was smiling again. 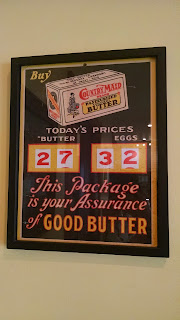 When I passed a sign for Utica, I remembered that he had recommended it highly as a biker stop, and I turned south. Sure enough, Utica was adorable, and provided me with a great lunch and a conversation with the owner of Stonehead, a biker gear shop. I started a patch collection - I'm going to put a patch on a jacket for every state I ride through. As well as being cool memorabilia, it gives me something to look for in every state.
Posted by Skipper at 11:29