Every time I do it, I'm impressed all over again by the fact that I can pack my tent in this bag that fits in my hand. 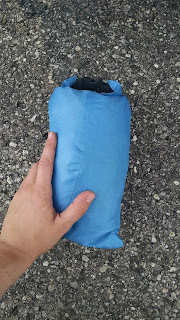 After extinguishing my picnic table this morning, I rode off on route 33 toward Indiana. It's been easy miles today, on long straight open roads with speed limits of 70. I stopped in Wapakoneta for gas, and met a woman who had moved there from Dallas (I'm not clear how she found the place) and a young guy who said to me, "You're about the sexiest thing ah ever seen rahdin' a bahk." I thanked him any asked if he thought that looked like rain in the west, but he couldn't see it well enough to offer an opinion. 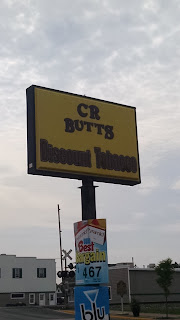 This is the town (in it's entirety, I believe) of New Hampshire, Ohio. 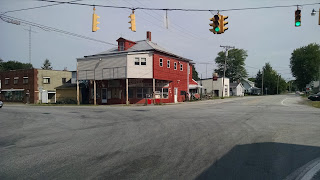 I got back on the road, decided it was rain, and stopped to tarp my gear. I made sure my rain suit was handy and rode on until I felt actual rain. Then I put on the rain gear. Then the rain stopped. I stopped for gas again and met a pair of guys who were putting water into a steaming pickup. I removed the rain jacket and rode on. It started to rain again. I put the jacket back on. 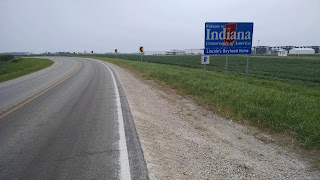 Thinking I'd get lunch in Marion, I was disappointed to find it a ghost town. I rode on, wishing I had asked the guys with the truck where to eat. There's not a lot else to say about the road from Marion to Lafayette, where I finally found a Panera to eat at and blog from. I intended to eat locally and not in chain restaurants, but everything in every town is closed except for this place, the Tippecanoe Mall. It's like a ghost world. I don't know where all the people have gone. 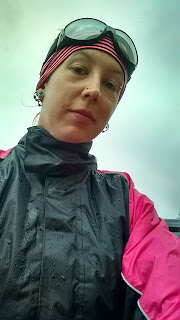