I waited until Monday to do Rocky Mountain National Park, having been warned that the crowds on weekends can make the experience a frustrating one. Steve recommended I take the Peak to Peak Highway to the park instead of fighting commuter traffic through Denver and Boulder, so I headed west and then north into the mountains.

The first town I came to was Central City, a cheesy casino town with an overly-perfect downtown area that begged for touristy photos. 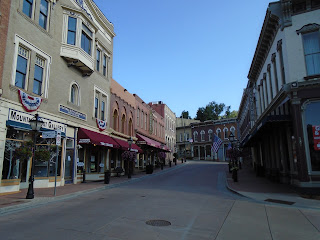 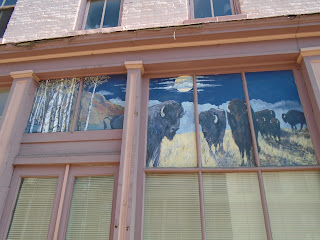 I put on my rain jacket for warmth, having failed to realize before I left the house that the mountains are much colder than the valleys. On the way out of town, I stopped again to see this train. 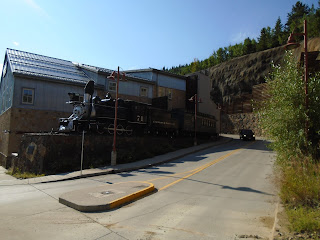 The ride up 119 provided plenty of these signs, and even better ones that look like a sideways S and say 25mph or even 15mph. Those, however, tend to be in places that are too dangerous to stop for photos. 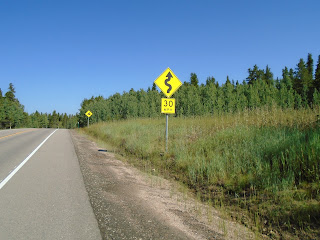 Three miles out of Nederlands the altitude started to get to me, so I stopped in town and took a stroll to clear my head. 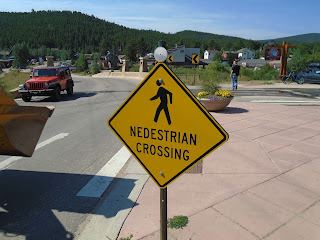 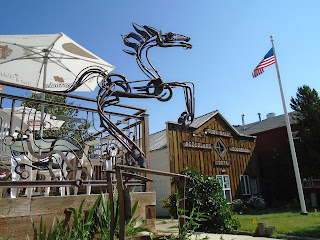 The mining museum was closed but had lots of equipment on display outside. Rogue, ask me for the full set of these photos later - I took them with you in mind. 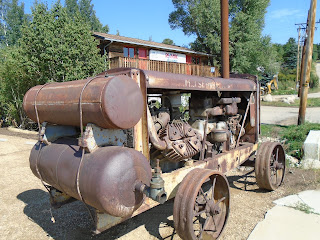 I spotted this adorable little guy in a gift shop, and if he hadn't been so large and potentially breakable, he would've come home with me 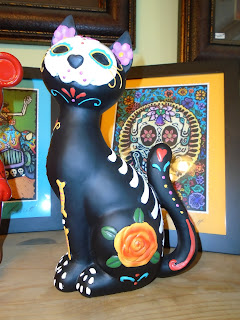 As I got farther north, the views got more and more interesting... 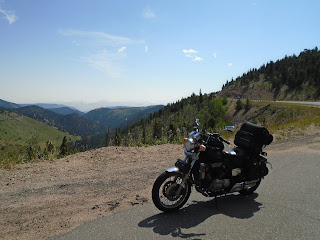 Somewhere along the way I took a spontaneous turn toward the river, just to see what was down there. 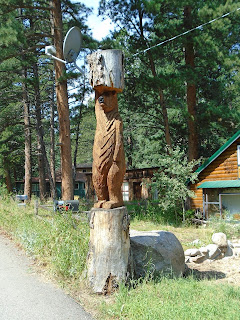 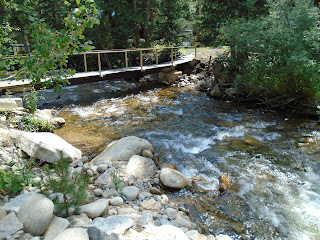 Back on 119, now looking for lunch, I spotted some beautiful architecture. 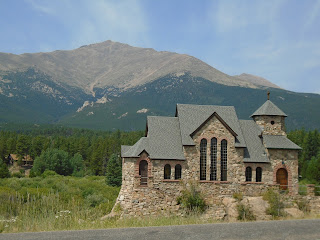 After lunch and gas in Estes Park, I found the National Park. The initial view from the bottom is no better than those from the highway. 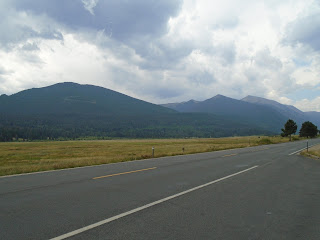 But as you go up Trail Ridge Road, it gets better... 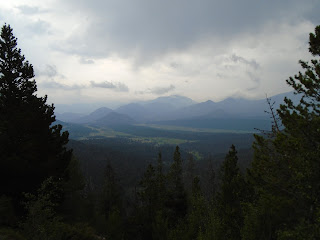 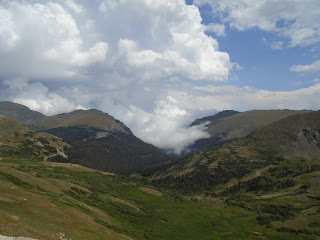 It also gets snowy, which is startling when it's August and your home is at sea level. The fat flakes splashing and melting on my visor made me take another look at the road, but I could tell that it wasn't really that cold. The water on the road stayed liquid.

As I came up into the area where the mountain drops away and the shoulder falls off to apparent infinity on either side of the road, the wind whipped up and started shoving me around. I cheated into the center of my lane so that a sudden gust wouldn't blow me into oncoming traffic. The wind seared right up my sinuses and into the back of my brain until I had an ice cream headache.

Eventually I made it to the Alpine Visitors' Center. The road's highest point is over 12,000 feet, and as I pulled into the Center parking lot, Hades stalled out. Some extra throttle got her to start again, and for the rest of the way around the parking lot and back down the mountain, I acted like one of those obnoxious Shiny riders who rev their engines at stoplights to point out that they're riding a motorcycle. You know, for the blind drivers in the area. 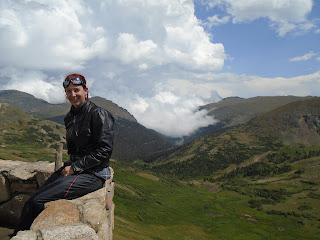