The two of us scooted out early as planned and hit the Trace for real. We'd done a few miles on it while finding the campground, but hadn't been able to enjoy the scenery in the dark. Riding over the Barnett reservoir on the 43 bridge just after sunrise was peaceful and serene. A hint of mist hung over the water, and traffic was light. 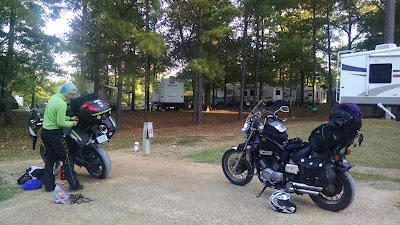 We passed a whole lot of cars and a few bikes, and got stuck in some brief construction traffic. When a sign warned of bridge work ahead and to expect delays up to half an hour, we hit a pull-out so we could get a snack before potentially getting irritatingly stuck. There was only one vehicle in the parking lot: a KLR 650 in black and lime green.

Its owner, an older gentleman with white hair, was sitting on a picnic table. He watched as we parked, geared down, and dug through our bags. I got fouled up in the cargo net and poured a can of potato strings all over my luggage and the ground, then started laughing so hard I couldn't put them back and Rogue had to help me.

When I had gotten my poop in a group, at least for the current moment, we joined the man at the picnic table. We talked bikes and trail riding and he advised us on the location of the nearest gas station. Then a pickup truck with a couple of large antennas on it pulled in and I got distracted talking to the driver, who was a ham operator and also a Harley rider.

He stayed for five minutes or so and then moved on, and the rider of the KLR said, "I didn't want to say anything while he was here, but I'm really not a fan of Harleys." 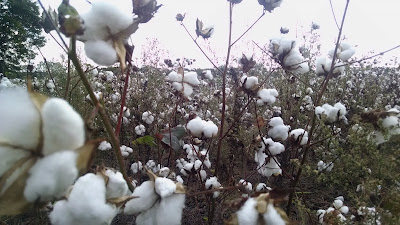 The Trace has probably hundreds of stops, each with a name and a bit of historical signage. Some of them are hiking trails, some are picnic areas, some are Indian mounds, and at least one is a tobacco barn. Two of them are waterfalls, and I put away my desire to make miles long enough for a short climb down Fall Hollow. I'd stopped in that spot the previous year and wished I could've taken Rogue with me; now that I actually had her along, there was no excuse to pass it by. 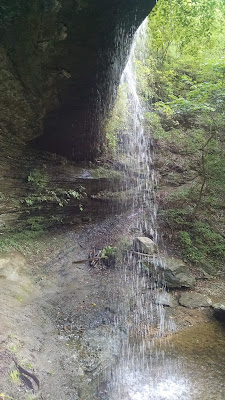 Nearing the north end of the Trace, we were detoured onto state roads to avoid some construction. I'd been looking forward to riding the northernmost ten miles, which are the most twisty, but it became evident that we'd reach town faster by not returning to the parkway.

Somewhere along the way my phone ran out of data. I tried to buy more, but the device insisted that I must be connected to WiFi to perform that action. Whichever programmer thought that was a good way to write an app was not on my list of favorite people that day. I would hope that the one action it could still perform when out of data would be to buy more data. 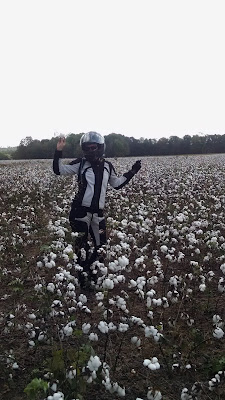 At our last gas stop of the afternoon, I was channeling Grumpy Cat. Between the time of day (later than I'd hoped), the useless cellular device, and finding out that Frank had to work overnight on the only night we'd be in town, I was about ready to bite someone's head off. Fortunately I realized that lack of food was part of the problem and got myself a snack before I did anything regrettable. Rogue had the clever idea of tethering her phone into a hotspot so I could use the "WiFi" to get more data, and it worked.

With some coffee and crackers down my gullet and my GPS awake again, I navigated without incident to 12 South. I backed Bee in to the right of Frank's V-Star, and Rogue backed Hades in on the left; the three days since our arrival at Crockett Street had apparently made a difference for her.

"It's so little," Rogue said with a giggle, nodding at the V-Star. It did look rather hemmed in by its new companions. 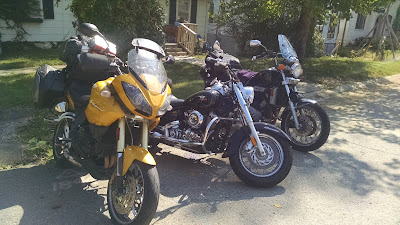