We were up and out early on Monday. Jon told me that early is not usually in his plans, but was a very good sport and didn't complain. We were back on the interstate, but it was pretty highway through desert hills, not the boring, endless drone of I10 that had gotten me across the south. Scotty had told me I'd be riding through the Bonneville Salt Flats and I wanted to stop and see the famous spot where all the speed records have been set. 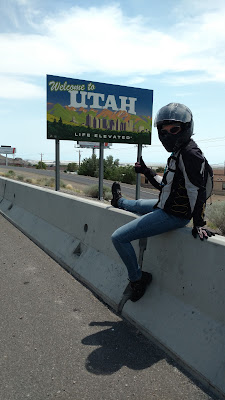 I opted for lunch when we hit the Utah border, and we ate in another casino, the Montego Bay Resort. The breadth of options in their buffet was amazing, and the desserts were even better.

"I don't want to lose my riding buddy," Jon said. "I'm really looking forward to my mate showing up now." (A friend of his from back home in the UK is coming to the US in a couple of weeks to ride with him before they both go home.)

"I don't either," I said. I'd realized back in Texas that traveling alone is no longer my favorite option, and Jon and I were getting along like a house on fire. Taking off alone again just didn't feel right.

"So get a room here tonight and then go to Denver tomorrow," he said. The idea had already occurred to me and didn't need selling.

The salt flats were less than ten minutes from town. I'd expected them to be smooth, since you can't set a speed record on a bumpy surface, but they were actually so lumpy I couldn't exceed 30mph. So much for winding it up. A local told us later that unusual weather had caused the surface imperfections. I tootled along to the barrier, then took some pictures. We were both dehydrated and blamed our surroundings, and after we'd sunk into the soft, muddy salt at the edge of the dry zone, we went back into town. The bikes were completely caked, so task #1 was to find a car wash and hose them down. 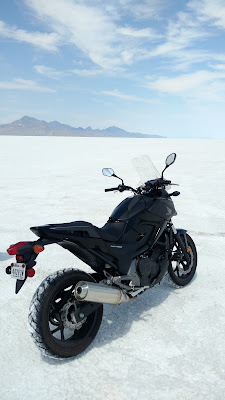 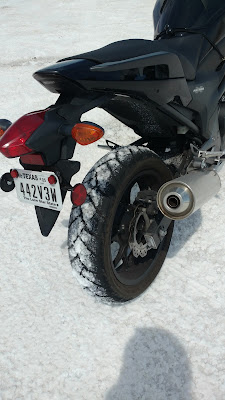 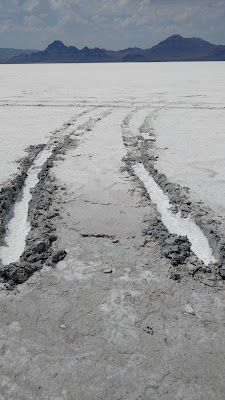 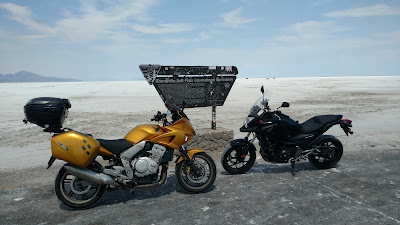 When that was done, we grabbed six-packs at the gas station and jumped into the hotel pool to while away the afternoon. When the sun got low, we walked to the Salt Flats Cafe where I had some wonderful pork green chile, and then on to Carmen's Black & White Bar. Jon had found it on Google but been told by a local on his last pass through town that it wasn't a place he wanted to visit. That, of course, just piqued our curiosity. 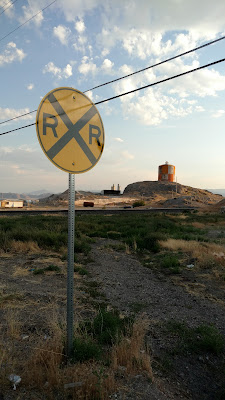 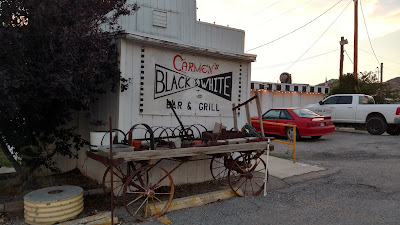 The bar was right beside a trailer park and looked a little sketchy, but in we went. The inside was much more cozy, and the 4th of July decorations competed for space with an unadorned Christmas tree. A young chocolate lab decided after one sniff that we were his new best friends.

A posse of young rednecks at the other end of the bar had stared at us when we walked in, and if I hadn't had Jon with me, I would've walked right back out. Jon went and made friends with them, though, and we played a few games of pool. One of them in particular was quite friendly and asked Jon a lot of questions about the UK. One, however, started to become agitated when he got beaten at pool, and shortly we decided it was time to vacate the premises. Before we left, one of the guys asked me about the trip, and I ran off a quick list of where I'd been and how I'd met Jon.

I snorted. "I don't passenger. You couldn't pay me enough."

"I ride my own!" I answered indignantly, annoyed by his surprise. I showed him a picture of the two bikes together on the salt flats. He didn't seem to know what to make of that. 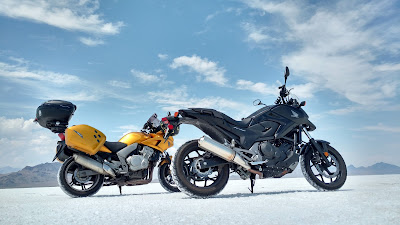