When I got the Honda, my first idea was to name her something in Japanese, since that's where she's from. But after Googling the translations of several appropriate words, I found them all taken by anime and video game characters and changed my mind. 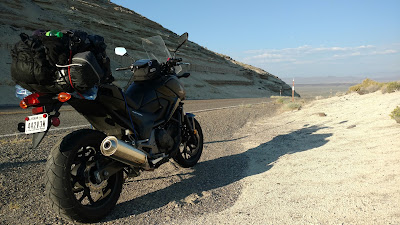 What better name for a travel companion but a goddess of travel? Hina is a goddess with many different stories throughout the Polynesian islands. One story suggests that she is a guardian of travelers, and one can earn her favor and honor her with any 2 sided object, such as a coin. (from Djaunter.com)

In Hawaiian lore, Hina is mostly described as a very attractive, smart, beautiful, determined young woman pursued by men and other creatures. Hina becomes tired of living in the crowd, flees to the moon, and eventually becomes goddess of it. (from Wikipedia)

A motorcycle is a two-sided object, is it not? Done. Meet Hina the Honda.
Posted by Skipper at 14:47