Nederland, the Peak to Peak, and Conifer

On Friday morning I got up early with the intention to do some real mountain riding on the Peak to Peak Highway. Weather was clear and traffic light as I headed up 470 to route 6 in Golden, but as soon as I got into the foothills, I hit traffic. Then there was a construction zone. Then there was a giant trailer carrying another giant vehicle, averaging a blistering 11mph going through the curves and collecting a long line of cars. When the hill got steeper we dropped to 8mph.

I saw an opening in a straightaway and pulled out, passing several cars with a twist of the throttle. Then the follow car, a pickup truck with a yellow OVERSIZE LOAD sign, pulled out of traffic and into the other lane to block me. Annoyed, I took a spot behind the first car in line and stayed there. I could have beat the trailer with no problem, but I didn't want to play games with the asshole driving the follow car, lest he think it appropriate to run me off the road in the name of safety. 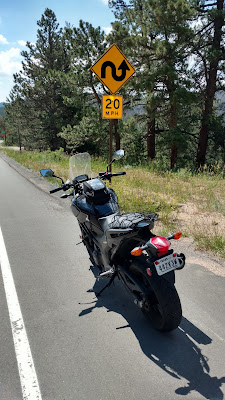 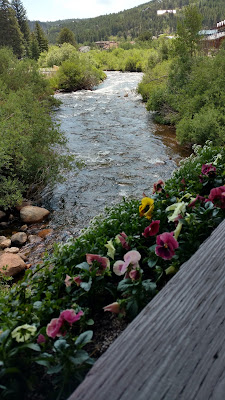 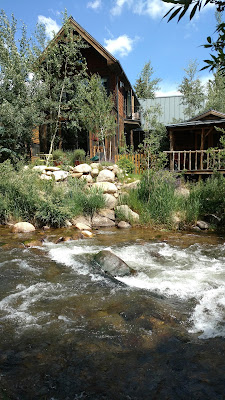 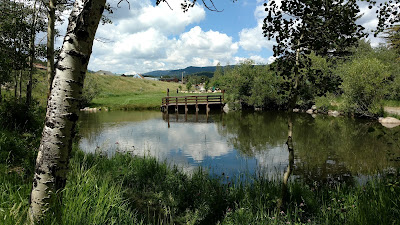 After that I got caught behind a pair of slow motorcyclists on big cruisers, who sped up in every passing zone so I couldn't get around them. Then there was another construction zone, and another. Fed up, I turned around several miles short of Estes Park and went back. Going south I got caught behind another slow motorcyclist, this one riding a Triumph Speed Triple, a bike that could run circles around Hina if its rider would only do so. By the time we dropped back onto route 6, I'd had about three curves to myself and was thoroughly annoyed with everyone.

That night I went with Steve and Ann to a party in Conifer, which was being thrown to celebrate one of their friends getting a patent on a new method of teaching music theory. The friend's band played outside under a tent, then there was a demonstration of the patented system, and then other musicians started filtering in and out of the gigging space and jamming. Ann had gotten up to sing and was halfway through a duet with Steve when the cops showed up. A neighbor had complained about the noise level. I suspect that moment will go down in history as "the night Ann brought the cops." 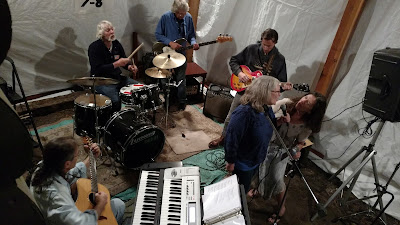