Sometime late last year, while I was planning the trip that began in January, I was surfing the Triumph Tiger owners group on Facebook and a post caught my eye, made by an Englishman named Jon who was living on his bike in the States. Since I was planning to do the same, I sent him a message and we started chatting. When we hit a low point in the trip and I wasn't sure whether I wanted to continue, I messaged him again and asked for his thoughts. (Jon blogs about his travels at On Your Bike Tours.)

We've been messaging back and forth ever since, and when I mentioned that I was going to Oregon, he pointed out that our paths were probably going to cross. He was on his way south from Alaska, having just completed 49 of his 50 states tour, while I was on my way north. I invited him to stop by the house for dinner, and then Tracy pointed out that she and Carlo were leaving early and he should stay in the open bedroom.

Jon showed up on Friday and seemed to hit it off with the group immediately. Allen and Jon each told me that they found the other one to be very interesting. I love it when my friends become friends.

The six of us (Allen and Julie, Scotty and Danielle, and myself and Jon) went to the Coquille Lighthouse on Saturday and then returned to Edgewaters for lunch. (We'd been disappointed to find on our first visit that the crab mac 'n' cheese was only served at lunchtime.) I was surprised to learn that it was Jon's first experience with mac 'n' cheese, something I consider a dietary staple. 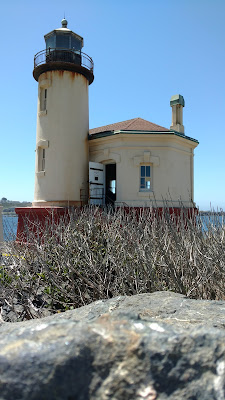 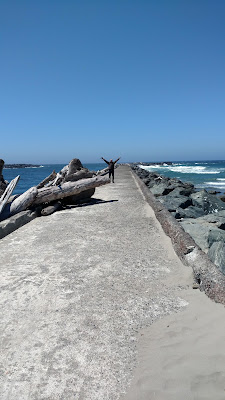 The Bozos had stocked the house with liquor when we arrived, making at least two separate trips to the booze barn to get the job done. By Saturday night, we still had a significant amount left, and assigned ourselves to finish it. Scotty, Jon, Allen, and I stayed up and by 1am had found the bottom of every bottle in the house. 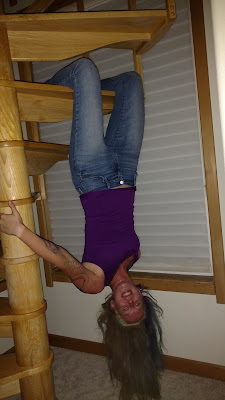 I drank at least three pints of water before bed, but Sunday morning was not a good one for me. I was trying to pack up my things so we could leave, but all I could do was sit on the floor and try to keep down the breakfast I hadn't even eaten. I accepted Jon's help bringing my luggage outside.

Fortunately it was a pleasantly chilly morning and the cold air was good for me. Jon had asked if I wanted a riding companion on my way toward Denver, and I said absolutely. By the time we hit our first gas stop less than twenty miles out, I was feeling more like myself.

The riding out of Bandon was glorious. We sailed over hills and twisty road, sometimes shaded by trees and sometimes accompanied by water or meadows. It was so nice to be off the interstate. I'd almost forgotten what it was like to ride pleasant roads, out of the city and off the highway.


In the middle of the day we stopped for lunch at a Subway.

"Are you leaving your basha'?" Jon asked me.

"Are you leaving your basha' on your bike?"

I squinted in confusion. "My what?"

He gestured at my helmet and I realized he was saying "bash hat." The new phrase went into my vocabulary, and we left our bash hats on our bikes and got sandwiches.

Pulling out into the street afterward, I realized the gas station was a quarter mile north on a southbound road, so I went south. Then I pulled into a parking lot, turned around, and drove north on the southbound road for about ten feet before realizing my mistake. Guess what...turning around doesn't reverse the direction of the road. I turned around again and followed Jon, laughing at myself. 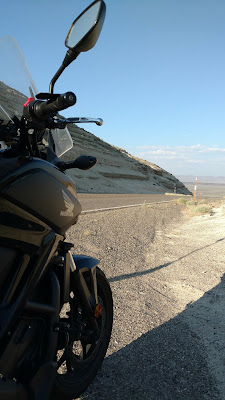 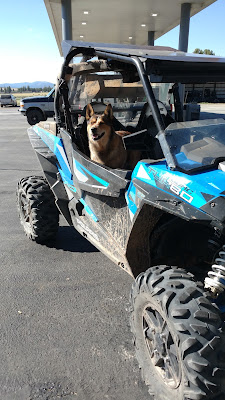 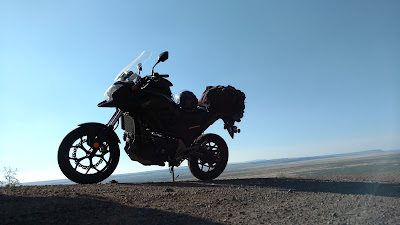 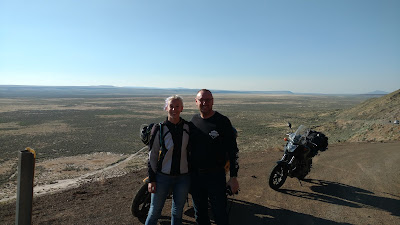 I don't usually pre-book my travel. Most of my adventuring has been by the seat of my pants, and it works, but for some reason I had already booked a hotel and a campground between Bandon and Denver. Jon asked me why, and I couldn't remember. But I wanted to stick to the timeline, since my uncle Steve was expecting me in Colorado, so we hauled ass through Oregon into Winnemucca, Nevada. The Sante Fe Inn was very nice, and we took a walk down the street to The Pig. Unfortunately all we could get was enticing BBQ smells, as they'd closed right before we got there, so we kept walking to the Winnemucca Inn, which is a casino and restaurant. I'd call the food perfectly passable.
Posted by Skipper at 01:05