Morning in Las Cruces was surprisingly pleasant - 75° and clear, with a beautiful view of the desert. Unfortunately I woke with a nasty cough, for which I blamed the air conditioning. 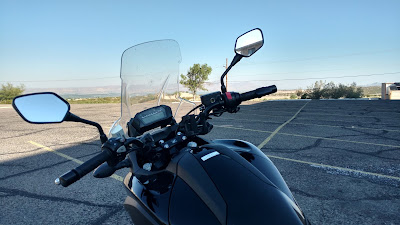 The rest of the day was just a constant push through the ever-increasing heat. I stopped at Picacho Peak for a break, and a guy stopped to ask which direction I was headed.

"Toward Phoenix," I told him. 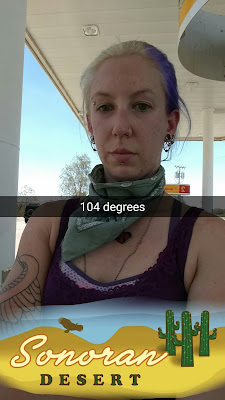 "I see why," I said. I dumped a bottle of water down my jacket before riding out again. I had already learned to tie a bandanna over my face to keep the dust out of my lungs, even under the full face helmet. Strangely, the hotter it got, the more gear I put on. Correct application of layers actually protects from the heat, not just the cold.

By the time I pulled into Dawn's driveway in Fountain Hills, it was 107°, and I don't think I could have gone much farther. I sat in her kitchen and sucked down three glasses of water while we caught up. 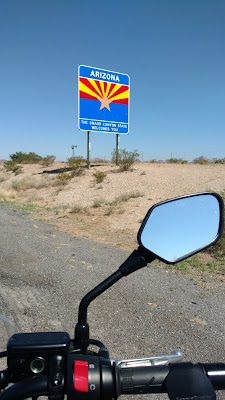 Eventually I took a shower, and then Virginia and Kelly came over. Dawn made chicken parmesan for dinner, and I had finally cooled down enough to be hungry. I followed Kelly outside to see her new Mini Cooper, which was white and striped with pink and purple racing decals. She encouraged me to sit in it to prove that I would in fact fit. It was much more spacious than I expected.


On the way back inside, I stepped on something sharp on the stairs. Kelly told me that everything in the desert is sharp, and I made a mental note to wear shoes at all times. 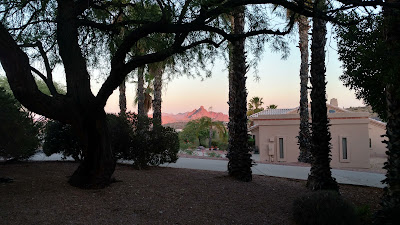