I stayed several days with Steve and Ann, the plan being to spend two days acclimatizing and then ride the mountains on the third day. They cooked for me, I cooked for them, and one night we got BBQ from a local shack. We discussed astronomy and life and travel and work. 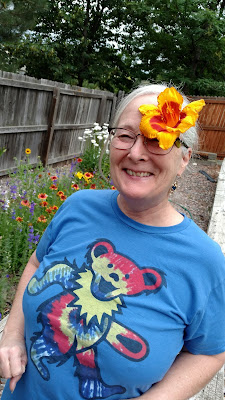 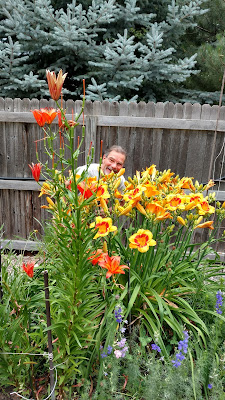 There's an aging Siamese cat in their family named Loki, who is one of the shyest cats I've ever encountered. On my first visit to Littleton two years ago, I caught fleeting glimpses of him and had to be satisfied with that. It was the same last summer, although I didn't actually stay there, just visited briefly. When I stepped into their garage/workshop area this year, Steve told me to be quiet and I might get to see the cat. Sure enough, I saw his hindquarters as he vanished behind the table. 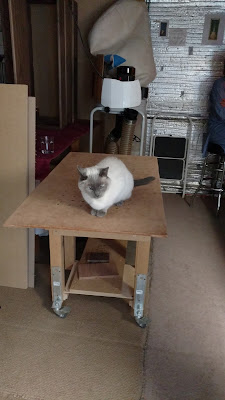 Two days later, though, he was willing to sit on the table and watch me as long as I didn't approach. A day after that, he let me get within five feet before slowly backing away. One evening we were chatting in the garage, and after a while someone noticed Loki asleep behind a piece of cardboard in spite of the fact that I was standing there talking.

"You've broken the code," Steve said. "Go pet him." I was doubtful, expecting him to levitate and disappear in a cartoony cloud of dust and fur as soon as I got within range, but I tried anyway. The little ball of fluff barely stirred as I rubbed his back, and though he didn't go so far as to purr, he didn't complain as I gently massaged his ears. There's nothing quite like the feeling of be accepted by an animal known to hate everyone. Steve congratulated me on being hired to Loki's staff.
Posted by Skipper at 17:32