We arrived at Jene's apartment complex in the rain, of course. He invited us in and introduced us to his wife, Wendy. The two of them went off to bowling with their grandchildren, and we stayed in and made friends with their adorable pair of dogs, Dusty and Queenie.

Jene and Wendy returned with the grandbabies, Carly and Cassie, in tow, and their dad arrived not longer after. The seven of us passed a cozy evening eating pizza, watching Carly bounce, cuddling the dogs, and telling bike stories.

On Monday, we ventured to the grocery store and the post office. I cooked an early dinner of chicken primavera before Wendy went to work, and then Jene took us out in his truck and gave us a tour of Charleston.

Smiley, as he's called on the road, knows his town. He called it the "short version," but I probably forgot half of what he said as it was. We went to Folly Beach (which was peppered with surfers enjoying the waves), Battery Park, the French Quarter, Johns Island, a bar called Proof where Jene works as a doorman, and made a couple of random stops to see amazing wall murals. We finished the night with Wendy at the Bizzie Bee.

I asked Jene why he isn't a professional tour guide, as he clearly loves showing off Charleston, and he explained that he'd need a license, but had considered runninng some motorcycle tours. If that idea ever becomes reality, I'll be the first customer in line. Rogue has decided that if she doesn't return to Massachusetts, it'll be because she's too busy loving South Carolina. 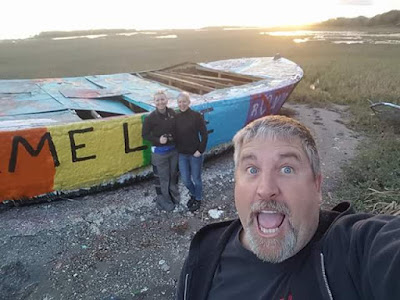 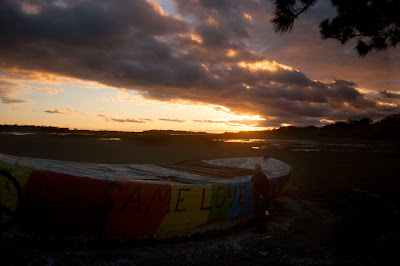 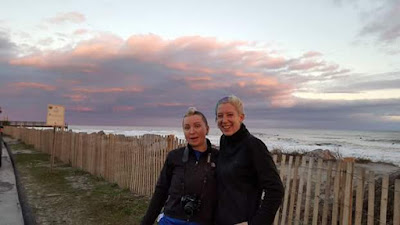 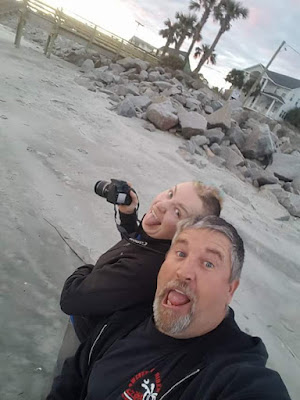 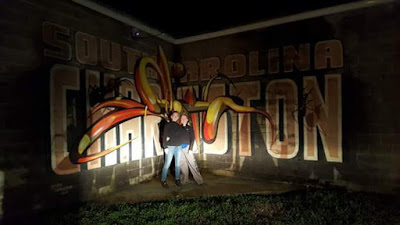