After a couple of very welcome showers, we saddled up and wandered into Minden to explore. It was a strange town. The main street was paved in brick, and large banks and expensive-looking dress shops rubbed shoulders with stained car repair garages and empty buildings with broken windows. When it seemed that we had seen everything that was open - and it wasn't much - we went into Habacu's Mexican restaurant for lunch. 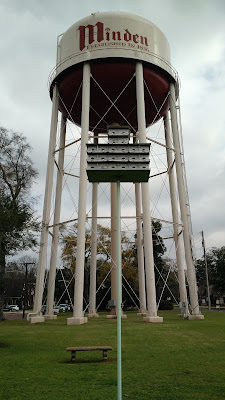 The bar was decorated with Marvel superheroes. Deadpool, Captain America, and Iron Man stared out from between the Johnny Walker Blue and the giant jars of flavored margaritas. The salsa was excellent and so were the tacos de calle - soft corn tortillas filled with spicy pork and pineapple. 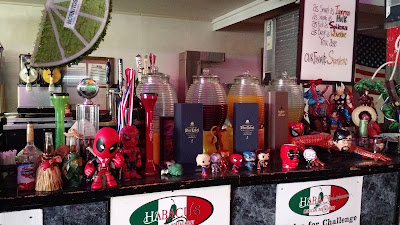 The afternoon saw us walking through the woods to the boat ramp, where we stretched out on the dock with our sketchbooks and enjoyed the sunlight. It was windy, and when we returned to camp we found our mess kits, towels, and other various things blown all over the place. Despite the wind, we tried again to start a fire, and this time it worked. The wind riled it up and blew the smoke into our faces and luggage, so that two days later we were still discovering things that smelled like campfire that normally don't, like the inside of Rogue's helmet.


When we were in Beaumont, Texas back in September for the Lace, Grace, and Gears rally, Rogue befriended the woman running the snow cone truck, whose name is Amber. She's in charge of entertainment for the upcoming rally, and they began talking recently about Rogue and I doing a fire show there. When she learned we were traveling the South, she invited us to come visit. 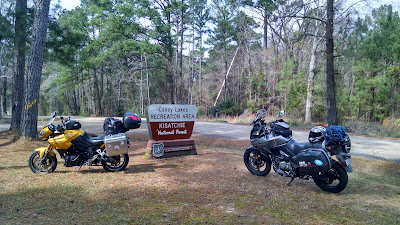 Between Minden and Sour Lake, Texas, where Amber lives, there was Shreveport. Trip Advisor recommended the Louisiana State Exhibit Museum, which was free and had great reviews. We showed up and were welcomed into the circular building, which was filled with really amazing dioramas depicting scenes of crop farming, harvesting, and oil drilling. There was a large array of taxidermied animals, including foxes, otters, a raccoon, an owl, an armadillo, a bobcat, and a whole pond full of ducks. 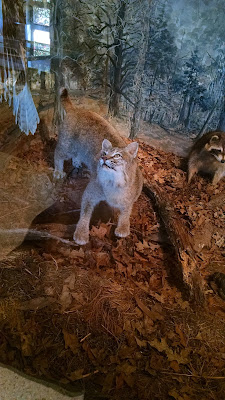 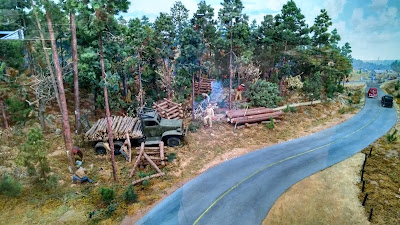 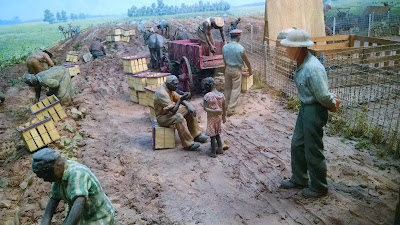 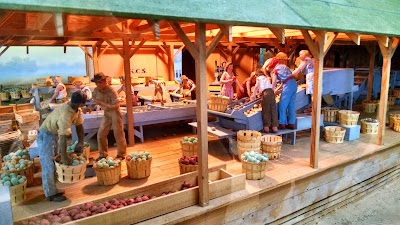 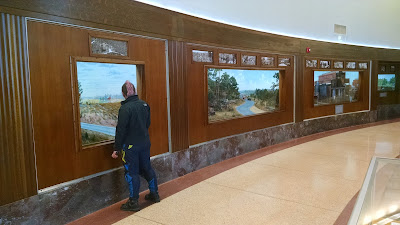 We were determined to get real cajun food before leaving Louisiana, so I Googled "best cajun food in Louisiana." That search led me to the Blind Tiger. 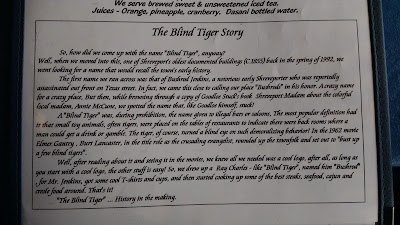 The "Cajun sampler" got us a selection of gumbo, crawfish etouffee, meat pies, fried corn, blackened catfish, fried crawfish tails, and dirty rice. We mowed through that, a side of cornbread, and a dish of bread pudding, then considered the mertis taking a nap instead of riding to Texas. 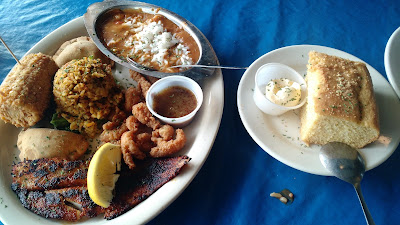