All of this "let's live on the motorcycles" nonsense began when I got fed up with the state of my life. It was July of 2016, and I had almost simultaneously had a bad breakup and discovered adventure bikes. I'd always had the sense that I should move far away from home someday - I didn't do it after high school, and I didn't do it after college, but suddenly I found a point in my life where the roots I had left were no longer significant enough to keep me local.

Rogue, I believe, went through a similar process, but I won't presume to tell her story for her. The long and short of it is that she jumped in on my insane plan and off we went. The stated goal: to live on the bikes for about a year. 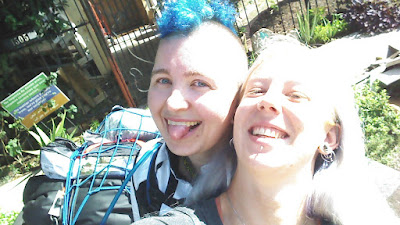 Unfortunately, that was the only goal we thought to state before pulling up all our stakes and riding away. Where were we going? South, where January wasn't full of snow. But where? Ehh, we'll figure it out when we get there. How long would we be gone? Maybe a year...but that would bring us back to New England in January, which would be stupid, so maybe more than a year. We'd cross that bridge when we came to it. What were we going to do while we were away? Um, travel, obviously. Sleep in a tent. Ride motorcycles. Take pictures.

We were sitting in a campground in Florida when I realized I'd made a huge mistake: I'd deleted all my life goals and replaced them with nothing. I had no direction, no plan, no ideas; just an equally crazy friend and a couple of motorcycles. If you'd presented me with that idea a month earlier, I would've said it sounded great. But once I was living it, it was crazy-making. Goals are a huge part of life, whether you spend a lot of time pondering them or not. They give direction and purpose, and without those, what the fuck is the point of anything?

We had a few things to do in the short term, and a general idea to go west across the bottom of the States until the weather warmed up. But we ran out of money around the time we hit Texas, landed in Houston to find work, and were quickly reminded that even the cheapest of fleabag hotels get costly fast. We signed a lease on a room in a co-op house to stop the financial bleeding and then had to start saying, "We live in Houston now."

We'd had some idea from the beginning that when it was all over, Rogue would return to Massachusetts and I probably wouldn't. That potential split had been unimportant until Houston, when suddenly the trip was over. I fell in love with co-op life, joined a band, and decided that the city could be tolerated for a while. Rogue hated Houston and wanted to go home.

Plan B, then, was for us to ride to Oregon together and then split up in Colorado. But Rogue broke her shoulder and had to stay in Houston for a while longer while I went traveling. When I returned, I moved into another room in the house, because we both needed space. We had always planned to go to the next LGG rally, so it only made sense by the end of August for her to stay until the rally. Plan C: after LGG, it was go time.

On Wednesday morning she packed up and rolled out, and this adventure duo came to an official end for the foreseeable future. She's now on her way back to Massachusetts, and I'm going to turn the blog over to her for a bit. 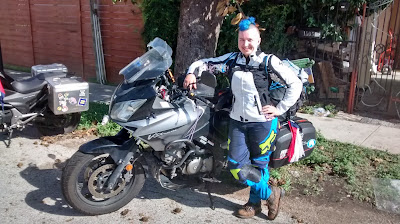 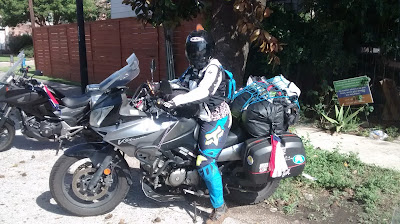 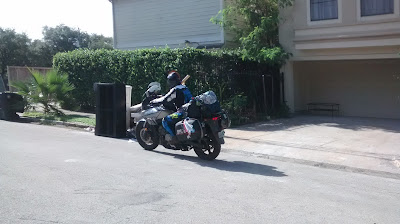